Serving and defense were credited for the success of 18Black at this weekend’s MLK 18s National Qualifier.  “We dug a lot of balls and blocked at a high level, allowing us to play really good transition volleyball,” said Coach Brian Tate.   "I really like the energy of this team. Energy translates to defense”.   18Black welcomed back 4 returnees from last year's team and added 6 new players.  Tate has an emphasis on serving hard and flat to put his opponents at a disadvantage. "We have 6 kids who can rip it serving the ball. If we get teams out of system, we can get hands over the net and put pressure on teams with our blocking." Some of this weekend’s successful blocking(and a lot of hitting) came from Addy McAleer and Ellie Wheeler.

Blocking is only part of the defensive equation. Libero Courtney Jackson is headed to the University of Arkansas to play after finishing next year at ONW.  Coach Tate said if fans just focus on watching Jackson play, they will see the whole game. But if they just watch the game, they may not notice her that much since she makes nearly all the plays and is almost always in the right place at the right time. Meiko Pearson(BVNW) also adds to the defensive presence and is committed to Missouri S&T.  The club is excited to see what other hardware this team will bring home from their remaining qualifiers this season. 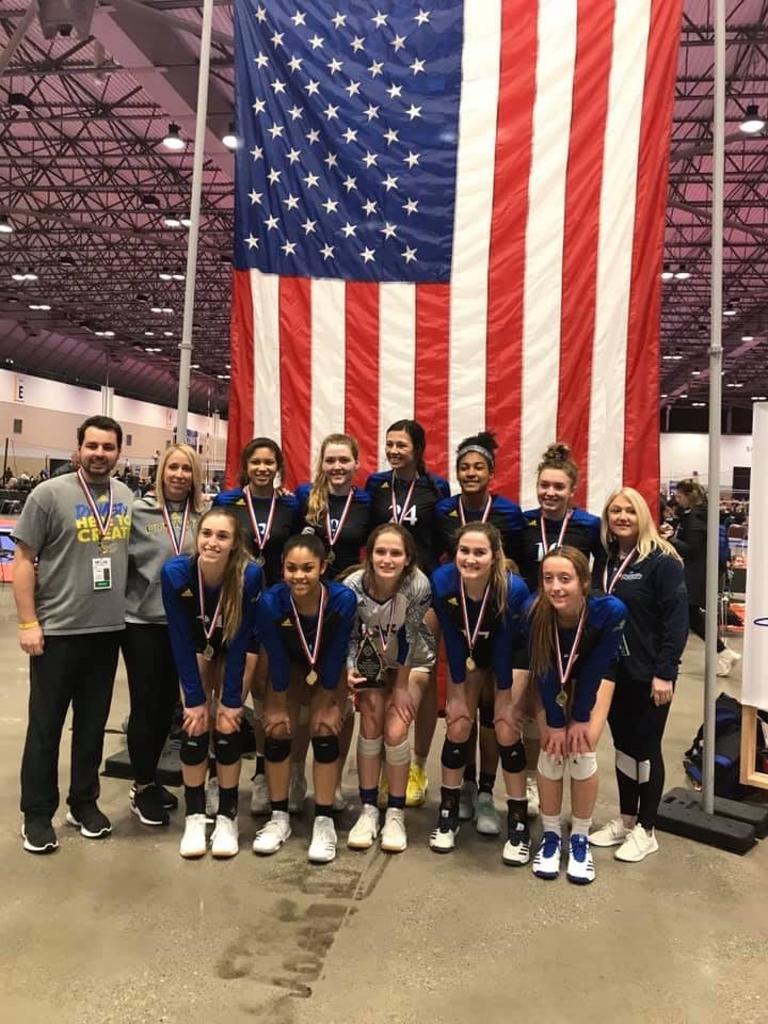